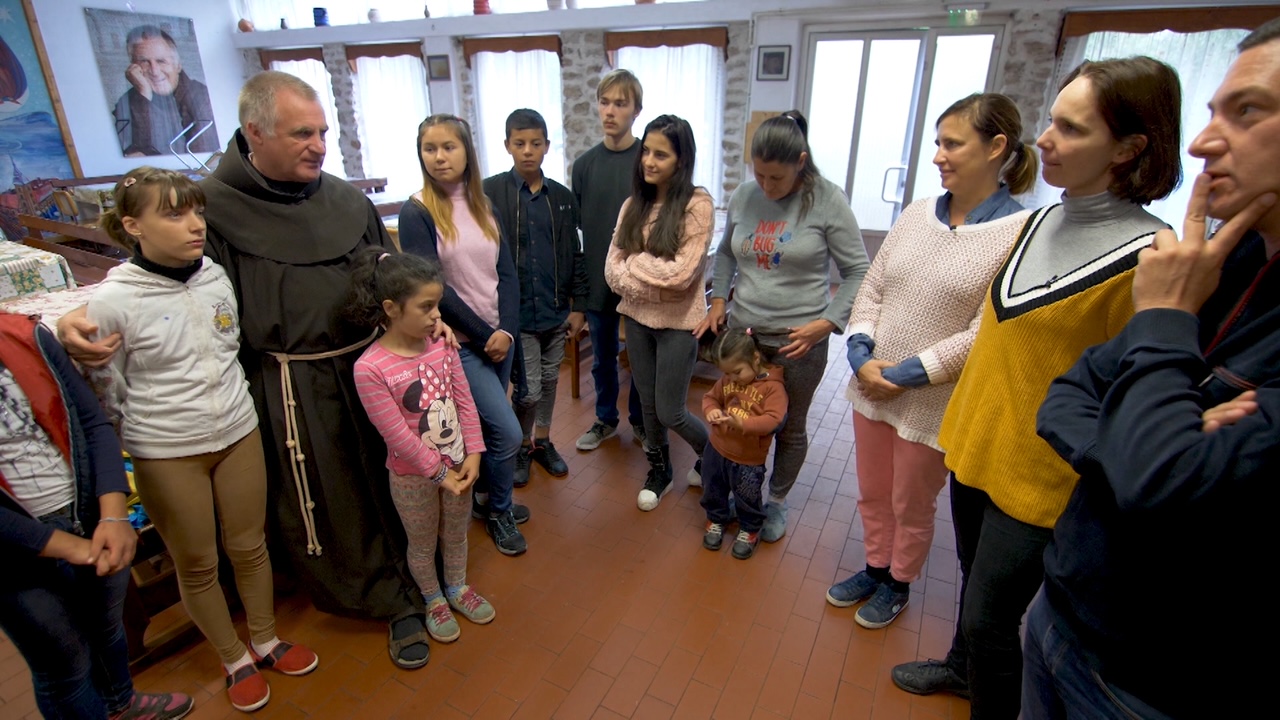 The trainer, the social worker, the writer, the comedian, the running race organizer. They all went through childhood traumas yet became excellent adults. What are their secrets? They talk to psychologists about how they can be a “normal” parents after a difficult childhood. The 3 reporters: Fruzsina Skrabski, Borbála Szabó and Balázs Bodacz presents their stories. Csaba Böjte, who raised successful adults out of thousands of orphaned children, is also involved. Finally, we also get to know their family members, who introduce them during a game and tell us why and how they became good mothers, fathers, husbands, wives. 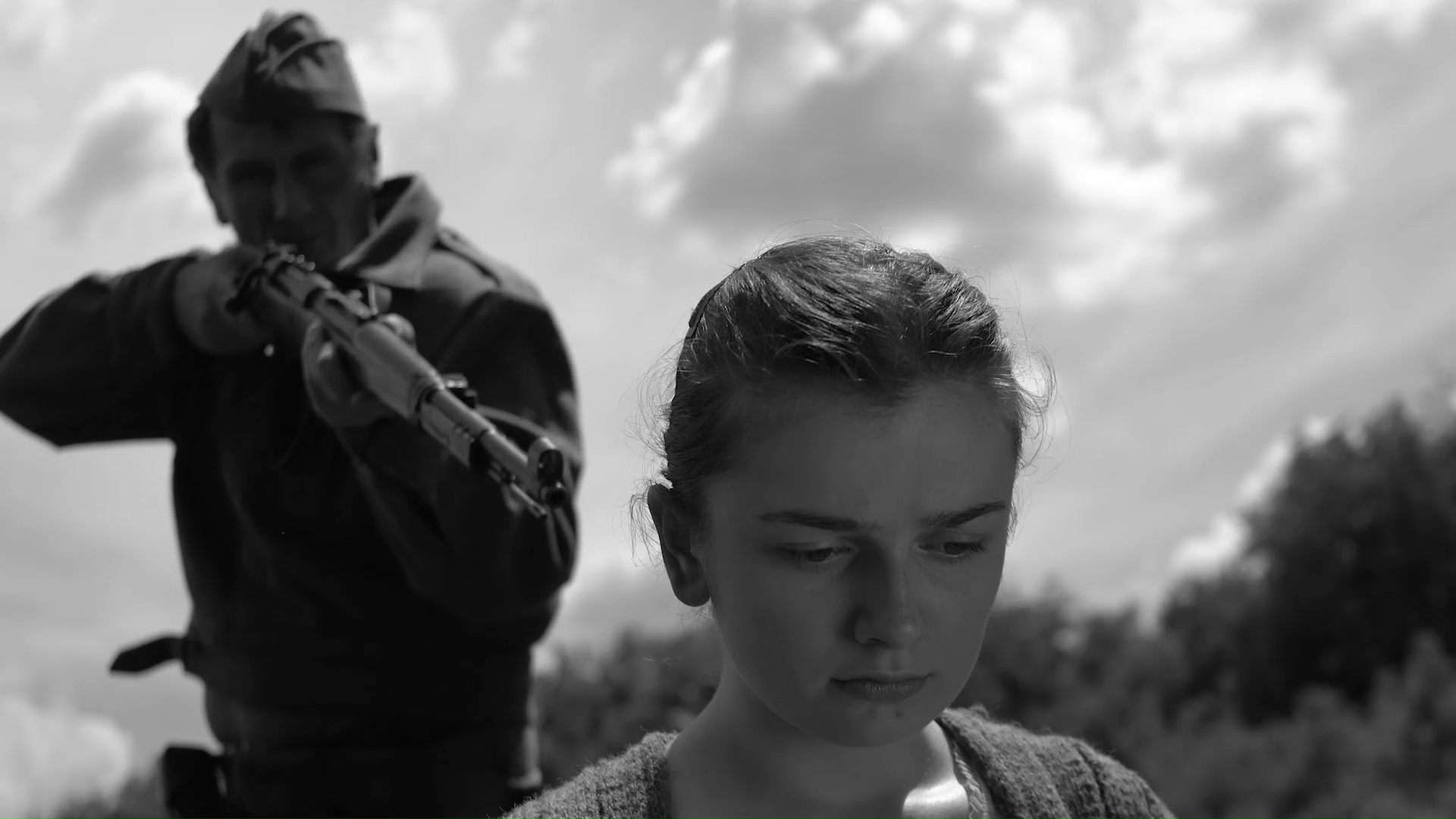 Who and why did put a bullet through the heads of Hungarian and German infants and children, in addition to exterminating whole families in the near of Přerov (Prerau), Moravia on June 18th 1945? For what reason were the bodies of murdered women and children cremated in the crematory of Olomouc (Olmütz), Moravia, after being disinterred by army units two years after the mass massacre? Why did the Czech historian who had detected the fate of massacred Hungarian and German families not get any appreciation or honor from Budapest? And what happened to those 90 Hungarian soldiers (levente) who were handed over to Slovak army soldiers by Soviet forces occupying Austria?

A young Hungarian hunter faces the most difficult situation of his life, he has to choose his new partner in hunting: a Hungarian pointer puppy. The two hunters become partners just before our eyes meanwhile we get to know the story of the Hungarian pointers, how they are selected, trained and hunt. We get to know the process of hunting and the competition of hunting dogs in a wonderful natural environment. We witness to hunters evolving partnership in the beautiful documentary. 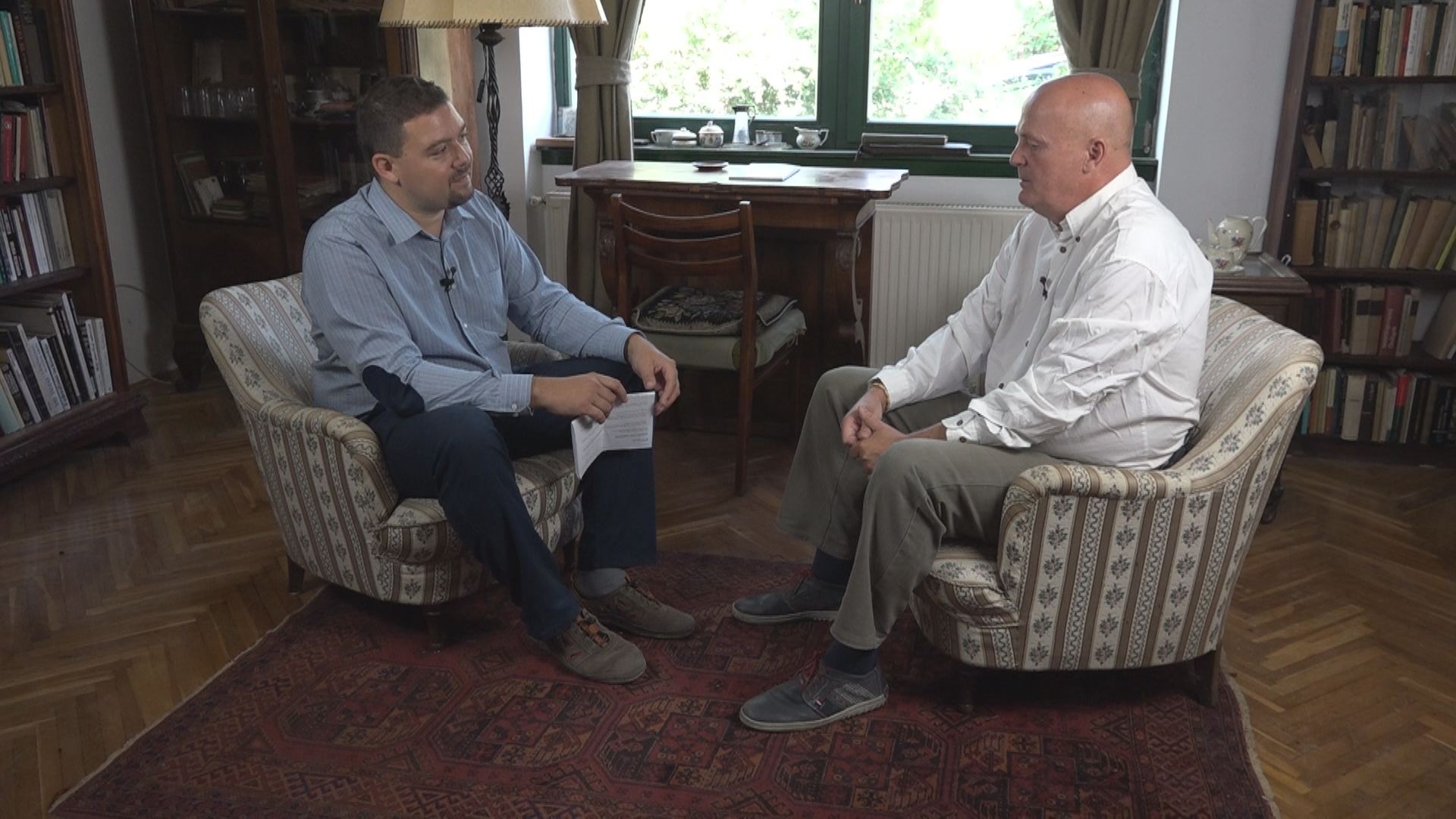 Where does the hate which divides our country originate from? How did the still lasting antagonism start? To what extent was Communist Secret Service responsible for the division, during the change of the regime? What games did they orchestrate from the background during the 1990s and the 2000s? Gergely Huth’s documentary is seeking the answers to these questions, asking key players of the changment of the regime. One time friends and allies are speaking of the unity of the past, which was so dangerous for the Communist Party and which was ultimately so easy to break.

Secret documents, spectacular animation inserts, unique footages, an agent confronting his past, a researcher turned counter-espionage officer, memories completing each other into a large picture- these fragments make-up the film, which isn’t preaching, only trying to make viewers think. How did we get here? Why did we let this happen? To what extent was „ÉK”, the Secret Service’s controverisal action succesful? 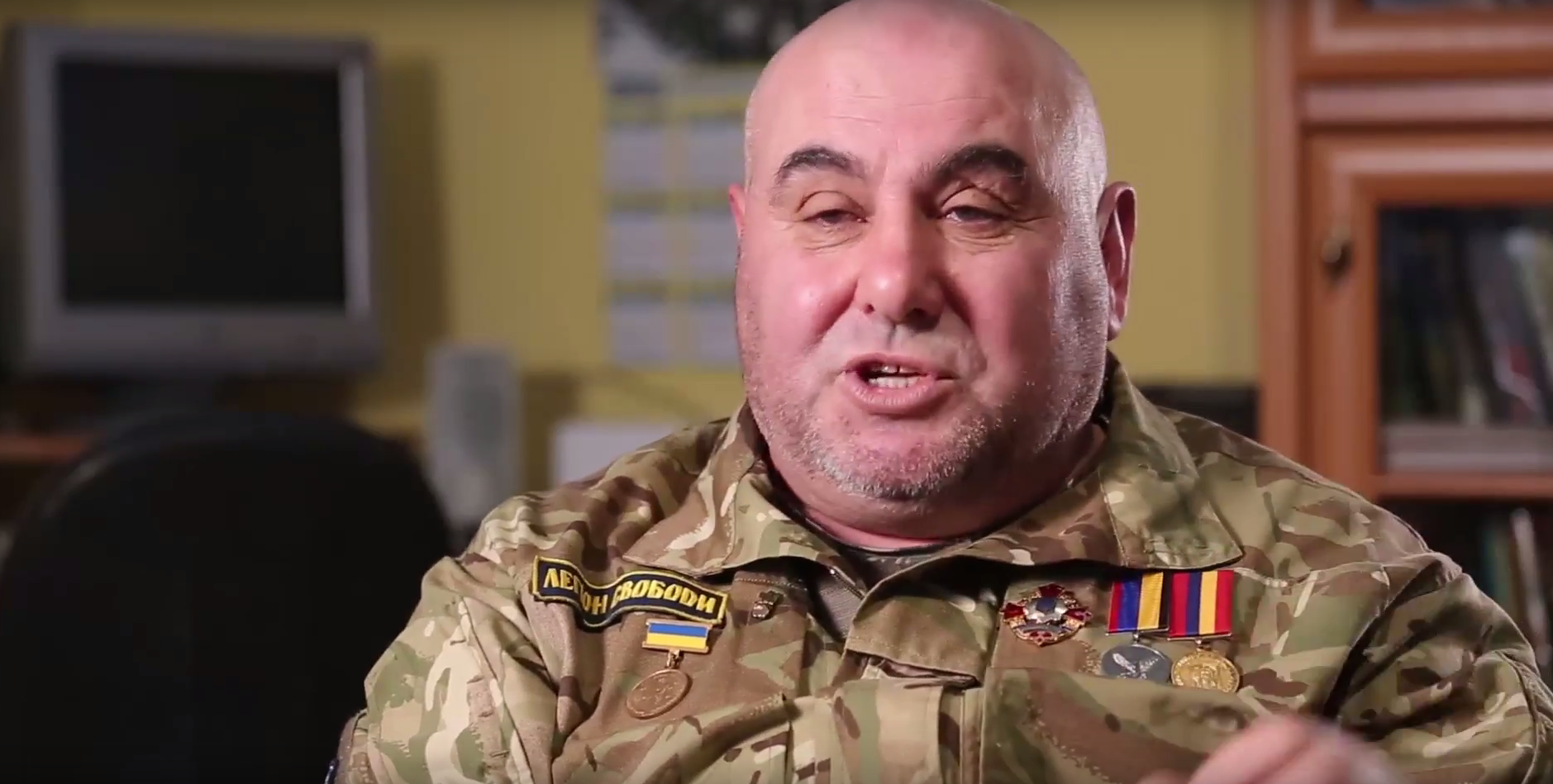 The documentary introduces the families of three Hungarian victims and aims to present through their stories how Subcarpathians were affected by the East-Ukrainian war.  In the East-Ukrainian region, bloody battles started between the Ukrainian army and Russian separatists in the spring of 2014. Several thousands died and hundreds of thousands had to leave their homes. Several hundred Subcarpathia-based Hungarian soldiers took part in the fight, and nearly a dozen of them died.

The film sheds light on how the soldiers had been drafted into the army, how they maintained contact with their relatives, what they had to lack and what were their last messages to their loved ones. Two mothers and a wife stir the memory of the moment when they came to know that their sons and husband had been killed in Donetsk and Luhansk.

Hungarian and Ukrainian soldiers tell us about their front experiences and grievous traumas.

The film crew went along the locations of the front where the heaviest battles took place and the Hungarian victims died. A humanitarian aid agency is continuously searching for the dead because thousands of unburied bodies are still lying on the battleground.

Shocking sequences give insight into how the residents of the homeland take the funereal procession held for the heroes of the war.

Hungarian and Russian historicists, as well as Ukrainian interviewees analyze the causes of the conflict and try to give answer to the question, what the future can bring. 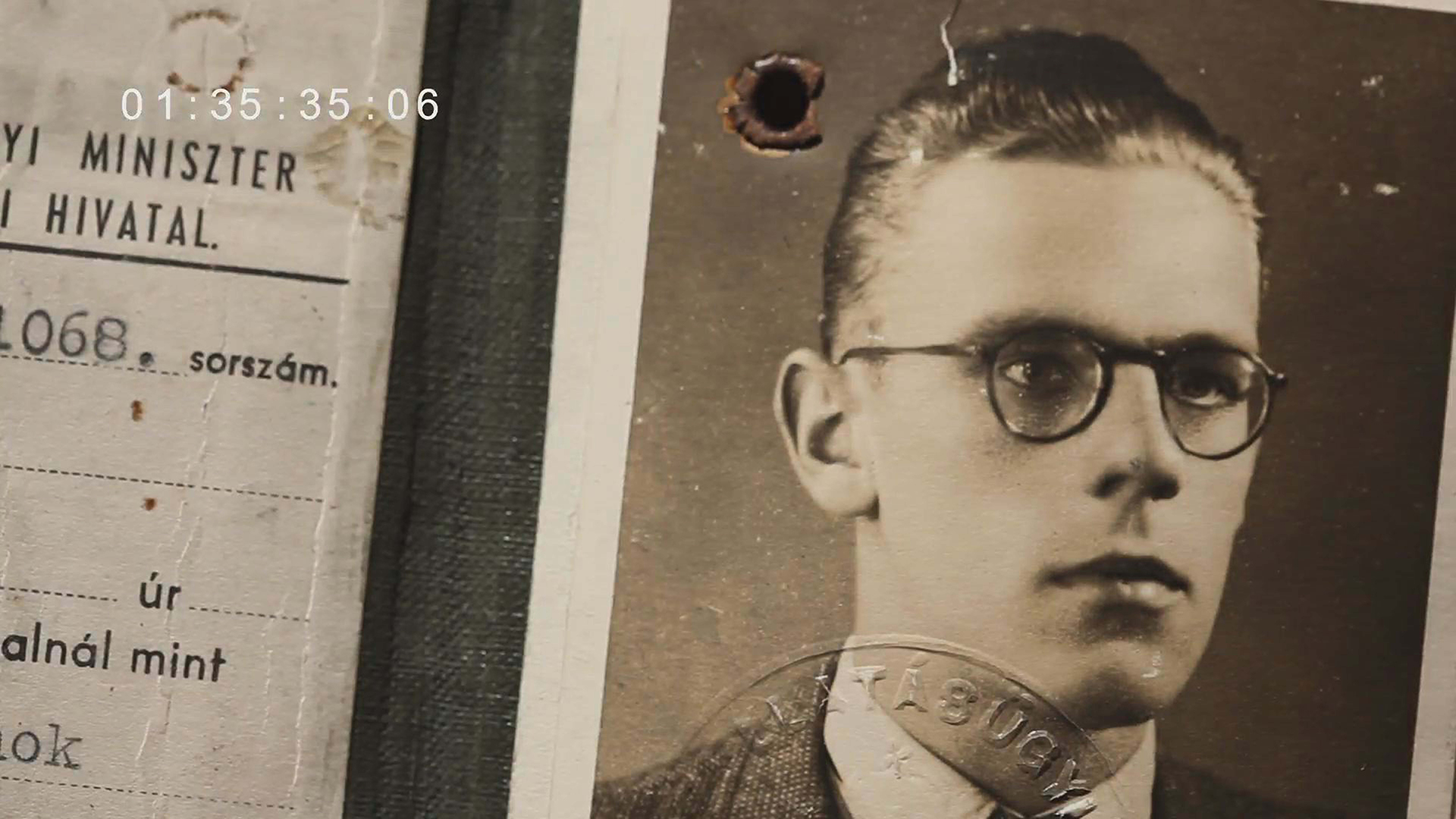 Noemi Katona, a 28 years old student, living in Berlin for four years and made history, sociology, cultural anthropology study, next to the human rights of prostitutes working in a civil protection organization. She found her grandfather’s diary from 1945 in the Second World War after her grandfather died in 2008. The journal was about a soldier’s life of the Hungarian army between December 1944 and October 1945, day after day. It was about the American and the French captivity reality, the humiliation and comradeship, faith, struggle for surviving. Noemi started to pass over between the Hungarian village Mihályfa and German Bad Kreuznach, Bretsenheim by his grandfather’s diary with a small camcorder trying to understand a generation, a historical situation and in particular her grandfather’s thinking. Meanwhile, we also follow her with a camera and we present the life and thoughts which were described in the journal. Contemporary archival images also evoke the past. After arriving home, Hungary, Noemi has also researched about the western captivity: why it was not possible to talk about all this after 1945 in Hungary? Why should they hide what they experienced at a young age during all their lifetime? In light of the theme of the Holocaust and the Gulag-events there was speaking about it not too much. We want to present the history of this slice through a personal story, which, like other event and policy of the second World War, decided the fate of hundreds of thousand innocent Hungarian soldiers in the XXst century in Hungary. 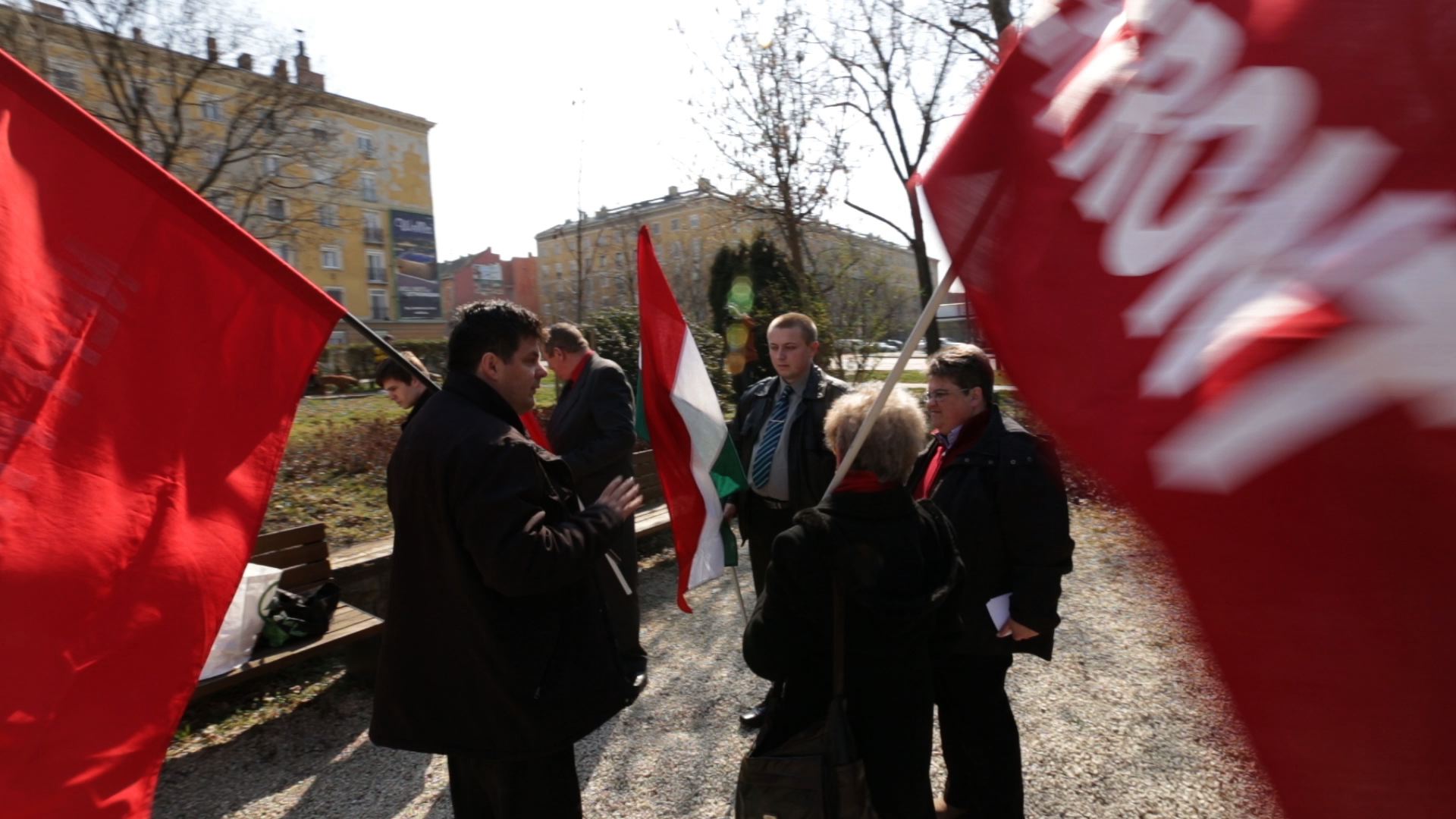 Glorious or shameful, the Hungarian historiography has not been stingy with adjectives when it was about the Hungarian Soviet Republic. Through the past seventy years it was all negative or all positive about the 133 days of the Republic.

The events that took place in 1919, parallel to the disruption of Hungary, since then have greatly influenced our history. Even though the Hungarian Soviet Republic only lasted for 133 days, it became an indelible part of the Hungarian historiography. Manipulated school materials, deficient historical reports, films and books have been produced. In 1989 it became subsidiary to clarify what happened 70 years before. Now we aim to present not just the story of those 133 days, but also the presentation of the Hungarian Soviet Republic during the last decades, with other words the falsification of history. It is important to clarify what happened between the 21st of March and the 1st of August in 1919.